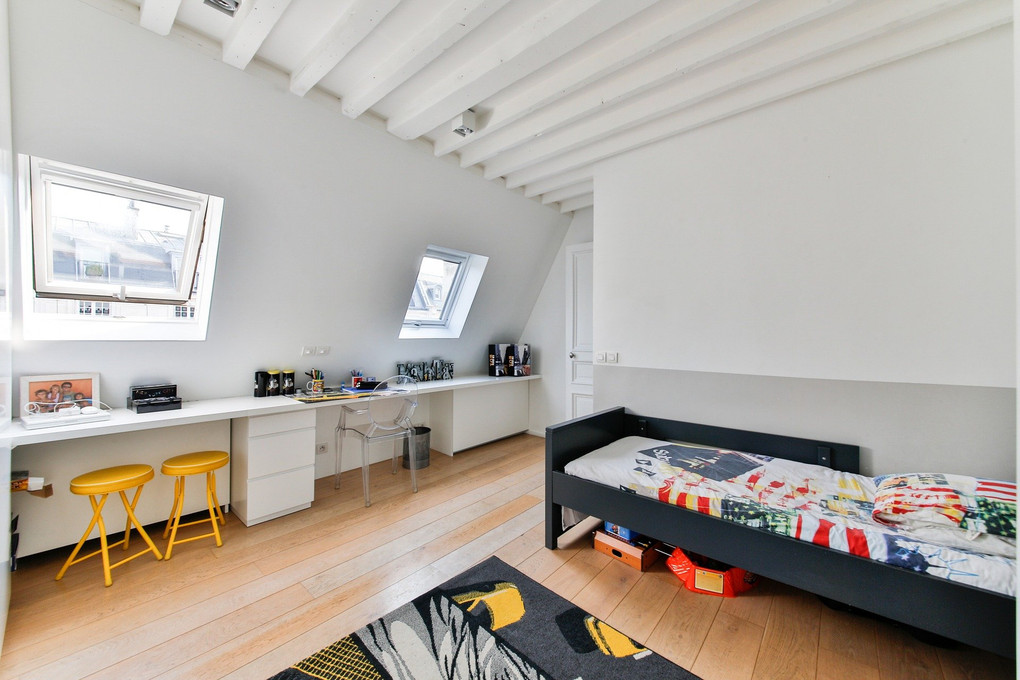 When you were a kid, what was the coolest thing you wanted in your room? A giant dollhouse? A race car bed? Maybe some of those glow in the dark star stickers for your ceiling? Kids these days have lots of things competing for their attention. From social media to streaming videos to seemingly never-ending homework, children’s attention is stretched thinner than ever. But what about bringing a little wonder back into those younger years? Is there a way to take time to just let the mind wander, to daydream, and to be creative? Fun ceiling light diffuser panels for kids rooms is one way to bring in a new stimulus that is calming instead of exciting. Something that gives your child the permission to slow down, breath, and just think.

The Effect of Fluorescent Light on Children’s Behavior

Fluorescent light is everywhere, and with good reason. Fluorescent bulbs are far more efficient than their long-time competition, incandescent bulbs. In fact, they use about 25% of the electricity that a comparable incandescent uses. But not only are they more efficient, they also last longer. About ten times longer, to be exact. So it’s no wonder that many large spaces, including most schools, are lit with fluorescent lights.

Subsequent studies have been less conclusive, and the findings of studies over the last 40 years have varied. However, we do know some basic principles. Fluorescent light flickers or pulses at a very fast rate, too fast for the eye to see. Fluorescent light is also skewed toward the blue end of the spectrum. There is significant research to indicate that both of these factors can induce higher stress levels among children and adults.

It’s bad enough that children are exposed to fluorescent light at school. But in many older homes, even bedrooms are fitted with fluorescent lights as the main light source. This is bad news for children and parents alike. A child’s bedroom is supposed to be a refuge, a place to unwind and relax after a long day at school. But if your child’s bedroom has a fluorescent ceiling light, it may be causing the opposite of relaxation.

Besides causing stress, the blue light that comes from a fluorescent light tube can make bedtime harder. The human body follows a circadian rhythm, a cycle of physiological processes that repeats about every 24 hours. One of the main effects of the circadian rhythm is our sleep schedule. Our circadian rhythm makes us feel tired and night and awake during the day. In isolation, the circadian rhythm is about 24 hours and 11 minutes long. But in reality, many of our body processes take their cues from the natural light of the sun. As the light of the sun changes throughout the day (and disappears at night), it gives the body signals about how it should behave.

The Problem with Blue Light

In the middle of the day, the light of the sun has to pass through more atmosphere than at any other time of day. The tiny molecules of gas (i.e., air) in the atmosphere scatter the sun’s light and skew it towards the blue end of the spectrum. That’s why a clear sky looks blue. The human body interprets that blue light as a signal that it’s time to be awake.

Unfortunately, there are unnatural sources of blue light in the modern world that tell the body to wake up well past nightfall. One source of blue light is computer screens, tablets, and smartphones. But even if you put your technology down before bed, fluorescent light could be keeping you up. The blue shift of fluorescent light sends signals that it’s time to be awake, wreaking havoc with your children’s bedtime routines.

Teenagers already have problems with their circadian rhythm and disrupted sleep schedules. This is because research shows that most teenagers have a natural sleep schedule that runs late. Teenagers naturally go to bed later and should wake up later. But with early morning classes and most schools starting at 7:00 a.m. or earlier, teenage sleep is in dire jeopardy. On top of that, most teenagers make heavy evening and nighttime use of computers and smartphones, both sources of blue light. In fact, some studies indicate that 4 out of 5 teens who own phones actually sleep with their phones !

At Octo Lights, we make fluorescent light filters that are both beneficial to your health and stimulating to the minds. That makes them perfect for the rooms of kids and teens. Depending on the interests of your children, you can get all kinds of light covers to stimulate the imagination. We offer ocean light covers with undersea images in beautiful vivid colors. For a child who loves science, the ocean, or even mermaids, they are a perfect complement to any room. There are also beautiful nature photographs of flowers, trees , and mountains .

For teenagers who love space or aeronautics, we have a series of astronomy-themed light cover designs.

One demographic where research has shown a particularly strong response to fluorescent light is children with sensory processing disorders. Children with disorders ranging from ADHD to autism seem to be especially vulnerable to some of the reported behavioral problems associated with fluorescent light exposure. The exact mechanism is unclear, but some researchers believe that the ultra-fast pulsating from fluorescent lights could be overstimulating these children’s brains. This makes it harder to withstand other stimuli, resulting in more behavioral issues.

If you have children who are exposed to fluorescent light at home, you should definitely consider decorative fluorescent light filters. Ordering is easy. Just pick your image, select your size, and checkout. We’ll print your decorative light covers in about two business days and send them to you via FedEx Ground. Installation is simple. Just check out our video . Order today!