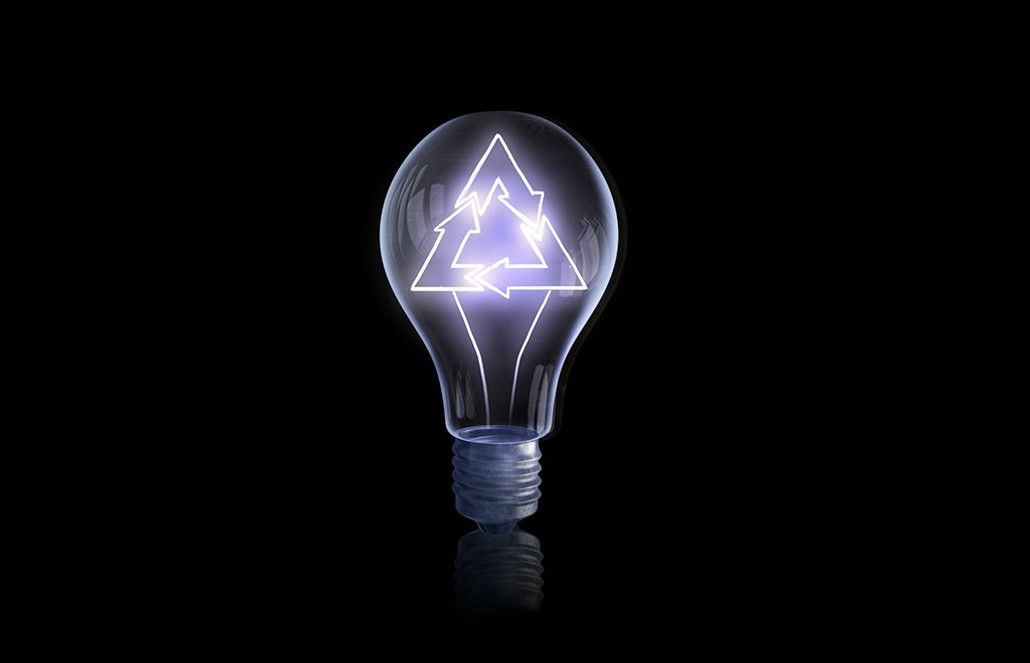 It was not so long ago that consumers had limited options when it came to lighting our homes, offices, and work places. In fact, before the looming threat of global warming became engrained into our social consciousness no one even thought about the possibilities of recycling light. However, new technology may be opening the door to new product development for highly inefficient incandescent, and fluorescent light bulbs of the past.

You see, even though these types of light shine brilliantly, the amount of energy that they use compared to the amount of light they deliver is vastly imbalanced, and the majority of that energy is lost in the form of heat. In recent years, this has resulted in less energy efficient light bulbs being shunned as the costs of more advanced options such as LED, and CFL technology continues to decrease. Consumers are seeing that it is an easy decision to make the switch once they see how much money can be saved just by changing out a few outdated light bulbs.

In case you were wondering, the amount of energy that is lost in heat (by which the energy is measured) by using incandescent bulbs can be almost 95%. Think of it this way, if it cost you a dollar to run a light bulb for an hour, you are only receiving about five cents worth of the light you are paying for. Imagine paying that same ratio to fill up your gas tank and it is easy to see why there is such a scramble to improve on energy efficient lighting technology.

While there have been leaps and bounds made in reducing the costs of developing LED, and CFL technology over the last 15 years, we are still at the beginning of discovering new and cleaner methods of lighting our living areas, and work spaces. In a recently published article, the publication Nature Nanotechnology, a peer-reviewed publication, researchers have claimed that nanophotonic devices may be just the breakthrough needed to revitalize the older incandescent technology.

Marin Soljačić, a Physicist and electrical engineer, along with MIT scientist Ognjen Ilic, developed the research, and attempt to explain how they have managed to successfully recycle some of the lost heat energy created by an incandescent bulb, then bounce it back as perceivable light inside of the human visual spectrum.

The scientist reports that when an incandescent filament is exposed to a het source, it will begin glowing. But, about 95% of the energy is transformed to infrared light, which cannot be seen by the human eye; therefore it is considered energy lost.

Soljačić explains that what he and his associates have done is create a filter that can be placed over a glowing filament that allows light through, but then redirects normally lost infrared light back into the filament. Once there, the filament absorbs it once more and hopefully, next time, releases visible light. The two scientists say that their discovery is not intended to replace current LED/CFL technology, but are hoping that it might possibly evolve into other useful technologies.

Soljačić goes on to say that “Applications are really for this concept of recycling light,” and “There are many different ways of converting heat into electricity and this particular one, the way that it works is you get something to a pretty high temperature — let’s say 1200 Celsius or so, and it starts glowing, and then you use photovoltaics. It's sort of like a solar cell. ... You place it in front of this hot object, and then it converts this emitted light into electricity. ... This concept of recycling light could be beneficial for energy conversion.”

Photovoltaic device could be used similarly to the way consumers are using solar panels to harness the suns energy. Instead of being placed on a roof, or in a location where it receives direct sunlight, a nanophotonic device would be placed near a het source. In the end, the two developers hope that their discoveries will lead to innovative technologies that can be utilized in the battle to curb, and even end the cycle of global warming.

One thing can certainly not be denied and that is that the race for renewable, and sustainable energy is in full swing; but we have a long way to go. Engineers and scientist are working the problem from every angle from harnessing wind, wave and sun energy to developing new technologies for cleaner burning fossil fuels. It is often said that change comes slow, and just as there are people in the world that still hold on to the belief that the world is flat, so exists people who fail to see that, despite the reason, earth’s atmosphere is heating up.

We are relying on great scientific, and engineering minds to discover new technologies, and new ways to harness the energies of our world and universe. In the mean time we can all do our part by supporting developing solutions, and embracing the necessary changes that have to be made on a large scale to keep our world spinning with us on it.

In a final message, Soljačić imparts to us that we have little choice but to confront the threat of global warming. He feels that we must create as many tools as we can fit into our toolbox to deal with it. He suggests that thinking of recycling light as one more such tool with which we can take on a wide array of energy conversion issues.”