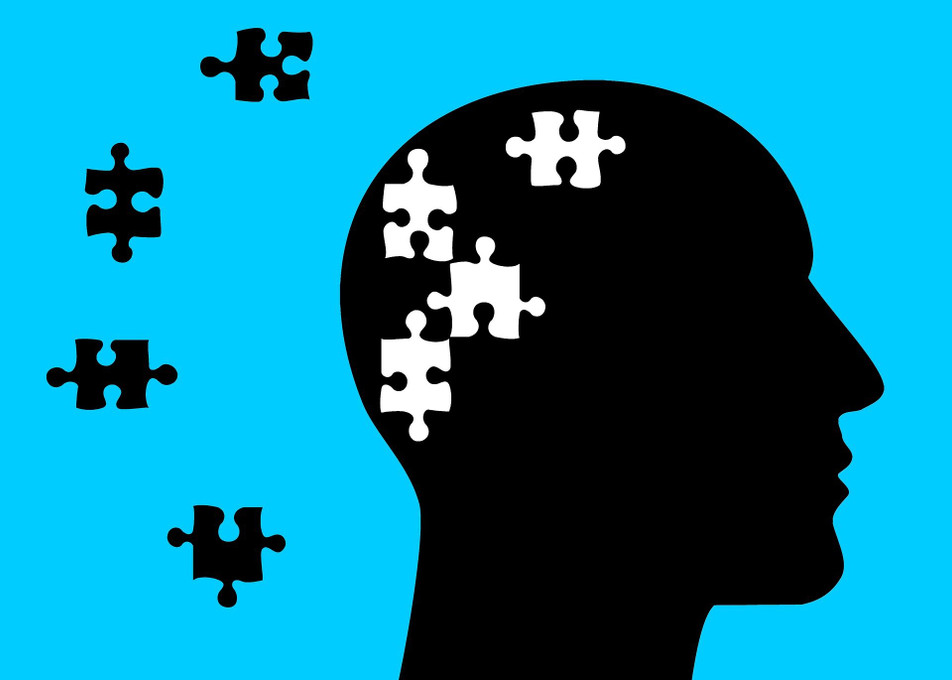 According to the US Centers for Disease Control and Prevention, the widespread lack of sleep constitutes a public health problem. In America, one in three adults is not getting enough sleep. When you zoom out to the world population, that number jumps to 45%. Recent studies are beginning to see a link between poor sleep and Alzheimer’s. But could fluorescent ceiling light covers help prevent Alzheimer’s disease? 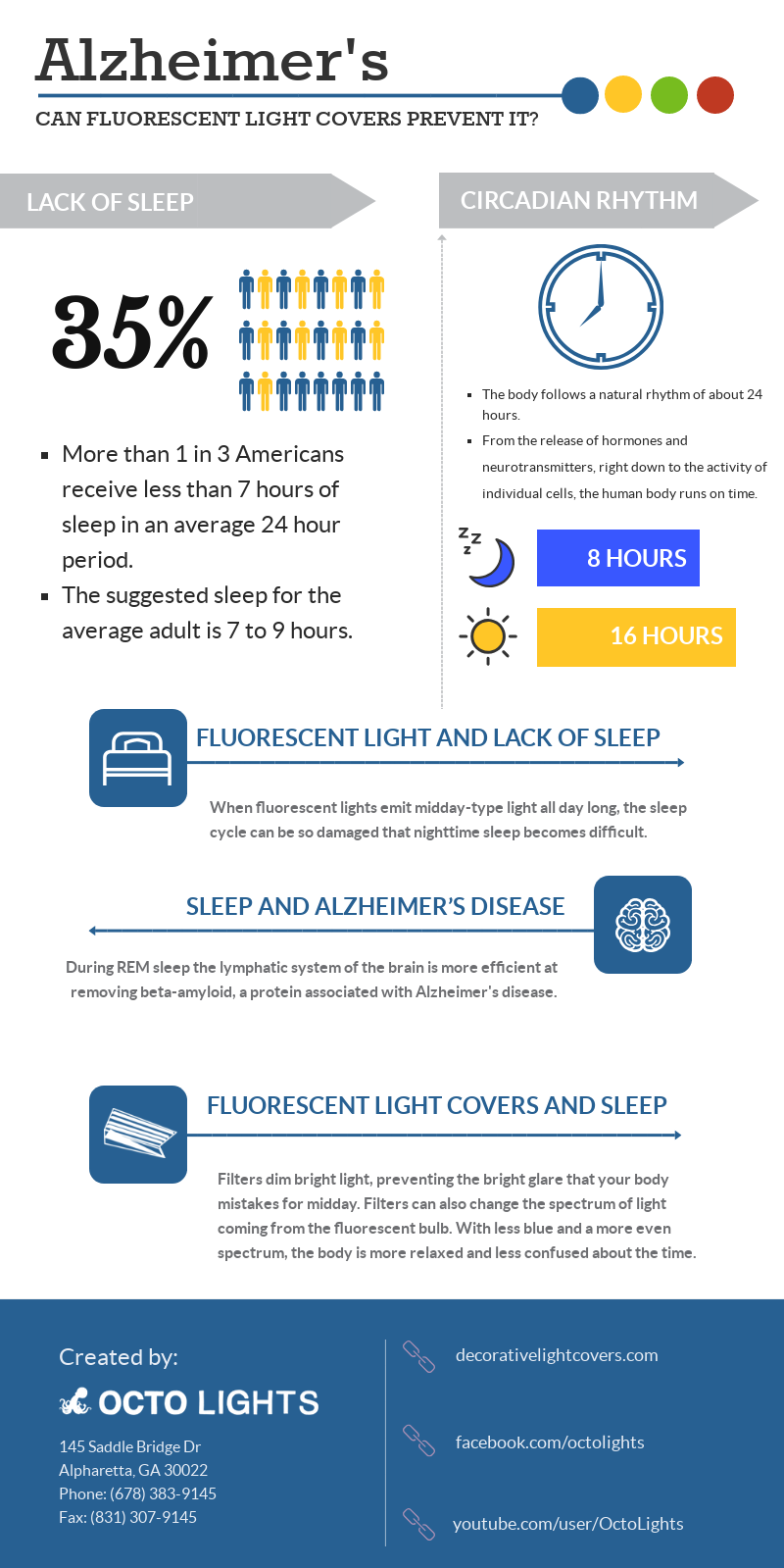 Artificial light, in general, has done a lot of damage to our natural sleep patterns. In developed countries, that is countries with dependable electric lighting, sleep deprivation is an epidemic. Children, teens, and adults are staying up later. But the fast pace of life isn’t letting them sleep in. The combination of late nights and early mornings means millions of Americans of all ages are not getting adequate sleep.

Recently, both scientists and the media have focused on the adverse health effects of too much screen time. Children as young as two and three years old are addicted to their screens. And it’s just as bad for older children, teens, and adults. The problem is that when you stare at a screen, you are actually staring right into a glowing light. Much of that glow is in the shorter wavelengths, the blue end of the spectrum. And blue light, scientists tell us, is especially disruptive.

The body follows a natural rhythm of about 24 hours called the circadian rhythm. All sorts of physiological activities ebb and flow with the time of day. From the release of hormones and neurotransmitters, right down to the activity of individual cells, the human body runs on time. One way that the body can keep track of time and stay calibrated is by following the sun. Sunrise,  midday, sunset, and darkness help the body keep time. But when that natural light cycle is disrupted, so is the body’s cycle.

One of the major systems affected by the circadian rhythm is the sleep cycle. The circadian rhythm tells the body when to be tired, when to sleep, and when to wake. But when the rhythm is disturbed, as it is by too much artificial light, sleep can be disrupted, too. The blue light emitted by our devices is especially damaging to the circadian rhythm. Blue light is usually experienced at midday. But exposing yourself to blue light all day long, and particularly at night, can confuse the body. Simulating midday in the evening throws everything off.

What many people don’t realize is that the fluorescent light in offices, stores, malls, and many other man-made environments also affects sleep. Typically, the trouble with fluorescent light comes from one of two directions. In some places, fluorescent light can be too dim, simulating evening all day long. But what is more common is the opposite issue. Bright fluorescent light often tends toward the blue end of the spectrum. So just as staring at our devices confuses the body, midday-style light from fluorescent bulbs fools the body and mind.

Fluorescent Light and Lack of Sleep

When fluorescent lights emit midday-type light all day long, the sleep cycle can be so damaged that nighttime sleep becomes difficult. When sleep suffers, all sorts of systems in the body suffer as well. Scientists are still learning about why the body needs sleep, and they are continually discovering new ways in which the body benefits from proper sleep. It is well established that even one or two nights of restricted sleep have a significant harmful effect on mood and cognitive ability. But other effects of sleep are just now being discovered.

One effect of sleep that is currently being studies is how sleep affects brain functions associated with Alzheimer’s. The body has a lymphatic system that functions as a sewage system for the body. It removes unnecessary components of bodily fluids. The brain has its own lymphatic system responsible for clearing the brain of unnecessary debris, such as proteins, that tend to accumulate.

A critical function of the brain’s lymphatic system is its ability to remove a protein called beta-amyloid. When beta-amyloid accumulates, it can create a sticky plaque that is strongly associated with Alzheimer’s disease. The beta-amyloid buildup can kill brain cells and obstruct the transfer of signals between neurons. It is one of the earliest known predictors of Alzheimer’s disease.

It has long been known that patients with Alzheimer’s tend to experience sleep disturbances. As the disease progresses, patients can slip in and out of sleep throughout the day, but they don’t experience the full range of sleep stages necessary to feel fully rested. They may also wake during the night and have a hard time achieving REM sleep.

But recent studies indicate that there may be a relationship between lack of REM sleep and the development of Alzheimer’s. It appears that during REM sleep the lymphatic system of the brain is more efficient at removing beta-amyloid than during any other part of the day. Test subjects who restricted sleep for even one day showed statistically significant increases in beta-amyloid.

If a lack of sleep is associated with Alzheimer’s, then achieving better sleep, especially REM sleep could be one way to prevent the progression of the disease. But with all of the different types of artificial light we are exposed to during the day, getting good sleep can be difficult.

One common suggestion for regulating sleep is to limit artificial light in the hour to two before bedtime. Turn off some of the lights in your home, simulating the fading light of sunset and dusk. Put down your devices to spare your eyes the exposure to blue light, which simulates midday. These are all important factors in making it easier to sleep. However, the light you work under all day can also be adjusted to help with sleep at night.

Fluorescent lights are often bright, glaring, and blue-shifted. All of this can trick the brain into believing it is high noon, even as you work into the afternoon and evening hours. But there is a way to cut down on that physiological confusion.

Fluorescent ceiling light covers, also called filters, have several beneficial effects. First, the filters dim the light somewhat, preventing the bright glare that your body mistakes for midday. Second, the filters can change the spectrum of light coming from the fluorescent bulb. With less blue and a more even spectrum, the body is more relaxed and less confused about the time. This can help restore a healthy circadian rhythm even to those exposed to all-day artificial light.

If you want to get better sleep and enjoy all the benefits that come with it, fluorescent ceiling light covers are a great place to start. You can check out our full collection of light covers here. In addition to filtering the light from fluorescents, beautiful images can transform a space. With blue skies, natural scenes, or astronomy-inspired images, you can give any room a whole new feel. If you want something truly unique, you can upload your own high-resolution image.

Ordering is easy. Just select your image, select your size, and check out. Your fluorescent light cover will be printed to order and will ship out in 1-2 business days. Installation is also easy. Check out these instructions. You may need no tools at all, or you may need a flathead screwdriver, but that’s it.

If you want to see what other people are saying about Octo Lights decorative light covers, you can read our reviews here.

We look forward to your order so you can get started on better health today!