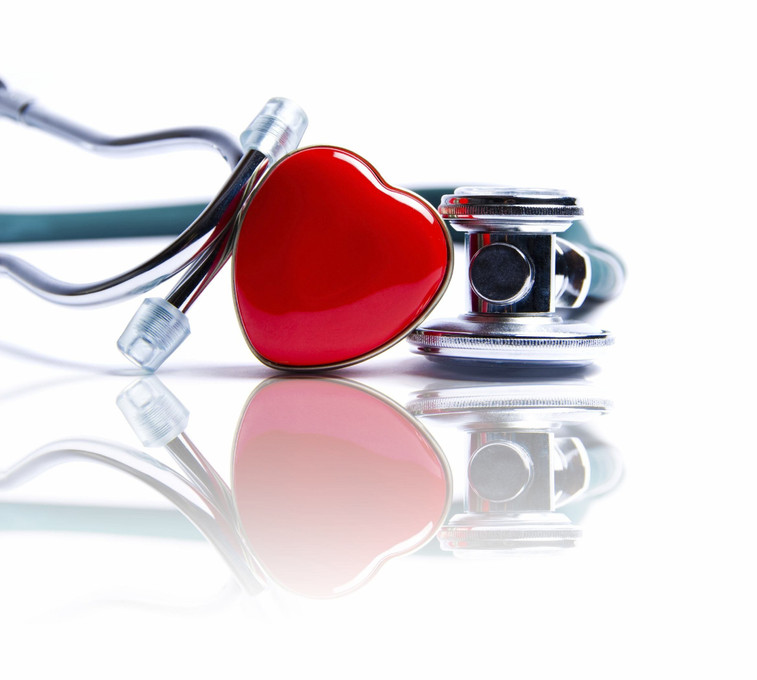 Fluorescent light has a long history. It can be found all over the place. Retail locations, business offices, medical facilities, and schools are almost always lit by fluorescent light. In addition, many restaurants and even some homes have at least some fluorescent lighting. It is practically impossible to escape. But years of research on the effects of fluorescent light show that it has a detrimental impact on health. People who experience regular, prolonged exposure are at the highest risk. In this article, we will discuss how fluorescent light covers affect health and what can be done to remedy the harsh effects. 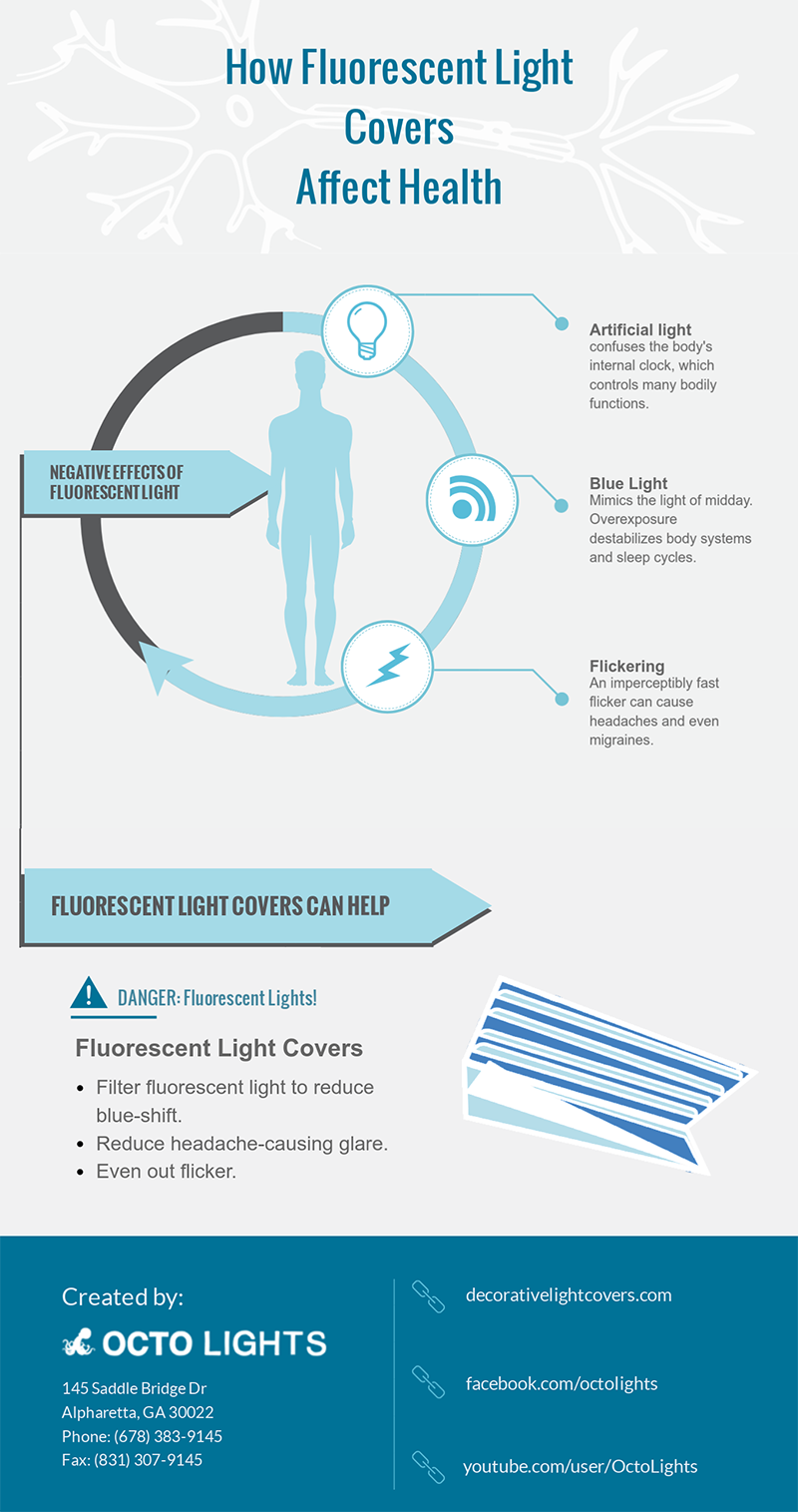 Fluorescent lamps were first developed in the 1930s. As they became cheaper to produce and gained longer lifespans, they became the lighting of choice for many commercial applications. Fluorescent lights were almost never chosen for their aesthetic value. In locations that require warm, inviting, or specialty lighting, other light sources were preferable. But fluorescent lights were convenient. They were cheap to purchase, easy to install, and lasted longer than many other light sources.

The convenience to fluorescent trumped consideration of the quality of fluorescent light for many applications. In schools, businesses, and medical facilities, where cost a major factor in design choices, fluorescent lights became the dominant lighting choice.

Unfortunately, the most convenient option is not always the best solution. Fluorescent lights have a number of drawbacks and even adverse effects. As fluorescent lighting became more and more common, concerns arose about the quality of their light. Many people who were exposed to regular, prolonged time under fluorescent light showed negative symptoms.

While not all modern fluorescent lights have all three drawbacks, many applications still use older models. And even the newer models still have some of these issues.

One of the most important body functions that is controlled by the light of the sun is the sleep-wake cycle. When uninfluenced by artificial light, the human body is programmed to sleep and to wake up in sync with the sun.

The body is most awake at midday when it is bright out and the sun is high in the sky. The particular hue of the light at that hour causes the body to actually produce neurotransmitters that tell the body it is time to be awake.

As the sun started to descend and twilight begins, the dimming light signals the body to start producing hormones that relax the body and increase tiredness. Have you ever noticed that you feel more tired than usual when it is dark and cloudy outside? Just the visual appearance of twilight (dark and gray) sets off the sleepiness hormones in your body.

When humans are exposed to artificial light, the brightness and quality of the light don’t change like sunlight does. This robs the body of the signals it needs to regulate sleep and other functions. People who work and live under bright light, such as fluorescent light, from early morning until well after dark are the most affected. Sleep schedules are thrown off balance, and people are tired at the wrong times, like midday, and then unable to sleep when needed, like at night.

The light from fluorescent bulbs is particularly harmful compared to other types of light. Light from fluorescent bulbs tends to skew toward the shorter wavelengths of visible light. Significantly, the bluest natural light comes at the middle of the day, when the sun is high overhead. At midday the light of the sun passes through the least amount of atmosphere on its way to the earth’s surface, creating a blue-ish hue. That’s why the sky looks blue. At sunrise and sunset, when the sunlight is scattered by a much thicker layer of atmosphere, the light appears redder.

When people are exposed to blue light at all times of day, morning, midday, and evening, it completely confuses the circadian rhythm. The hormones that are supposed to keep you awake and alert at midday flood your body all day long. This can result in stress, nervousness, and trouble sleeping. You may have heard about the detrimental effect that late-night “screen time” has on your ability to sleep. That’s because light from our many screens is usually short-wave blue-ish. Fluorescent light has the same effect, making it hard to sleep when you want to.

The impact of sleep deprivation or even just poor sleep on human health has been widely studied. A lack of sleep can lead to weight gain, heart disease, and possibly even contribute to the development of Alzheimer's disease. Good sleep hygiene--that is, practices that encourage healthy sleeping--suggests turning down the lights for at least an hour before bedtime. It is also recommended to end all screen time at least an hour before going to bed. If you are exposed to fluorescent light before bed, you are doing the same damage as staring at a phone or computer.

If the harm of blue-tinted artificial light wasn’t enough, the flickering of some older types of fixtures can have immediate effects. Some new fluorescent fixtures give off a steady light, but if you work in an office, retail store, school, or medical facility, it is very likely you still have the older fixtures. Due to the way fluorescent light is produced, many lights give off a very quickly flickering light. Often the flicker is so fast that you can’t see it, but your body still reacts to it.

Flickering fluorescent light has been known to cause headaches after even a short period of exposure. In people who suffer from migraines, this kind of light can even trigger terrible migraines. The stress that the flicker puts on your eyes may be unnoticeable at first, but over times it can wear you out. If you find yourself feeling exhausted after sitting under fluorescent lights, the flicker may be the culprit.

Fluorescent Light Filters to the Rescue!

Fluorescent light is just no good for your health. If we could, we would replace every fluorescent light. But we know that’s not a realistic goal. If you live under fluorescent lights, one of the best and most efficient solutions you have is Octo Lights Fluorescent Light Covers. Our light covers can filter out some of the blue that comes from the bulb, creating a light that is more evenly spread across the spectrum. That can help with avoiding the kind of confusion the body gets from all-day blue light exposure. It can also make fluorescent lights less disruptive of your bedtime. Light covers can also dim glaring light that would cause squinting and headaches.

If you are ready to learn more, you can check out our full collection here. Contact us if you have any questions. We would be happy to tell you more about these fantastic decorative light covers.