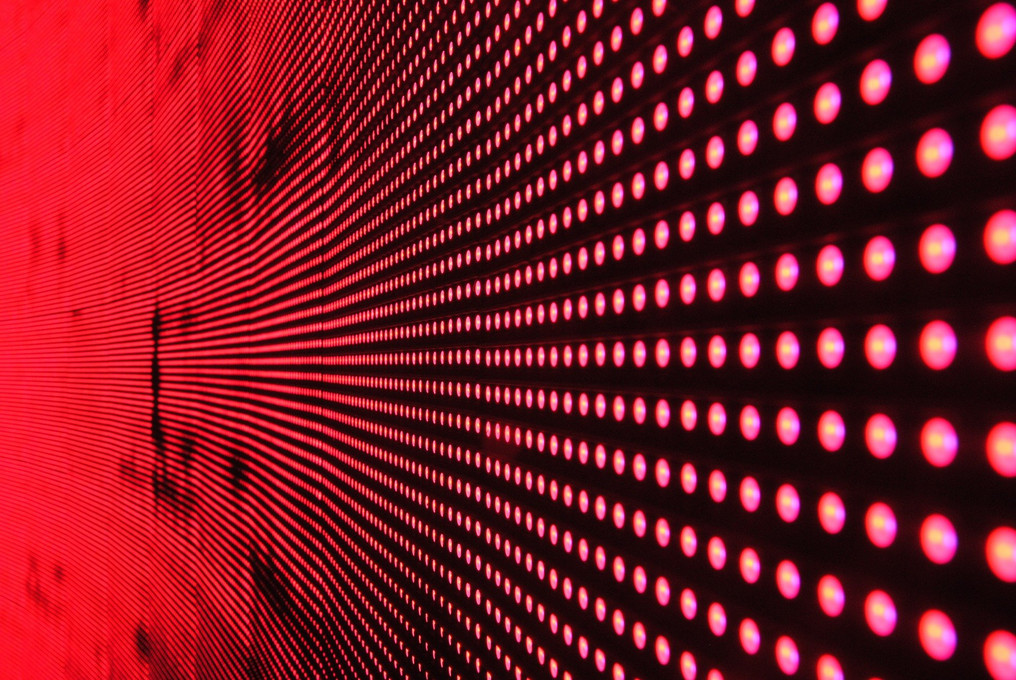 LED Light Covers: Are They Necessary?

Not long ago, LED lights were expensive, cutting-edge technology. Early adopters were testing out this new technology and stores carried only a limited supply. Over the last decade, the growth of LED as a viable lighting option has been swift. Today, LED bulbs are available anywhere light bulbs are sold. They come in nearly every bulb and base type. Modern LEDs can be dimmable, and some LED lights are even compatible with standard fluorescent light fixtures. The cost of LEDs has dropped to make them very competitive with older technologies, especially considering their long-life and high efficiency. As LEDs take over, consumers are forced to consider the effect of all that LED light. It turns out that the light output of LED bulbs is quite different than incandescents in some significant ways, which has led to the discussion of LED light covers. Are they necessary? We’ll let you decide. 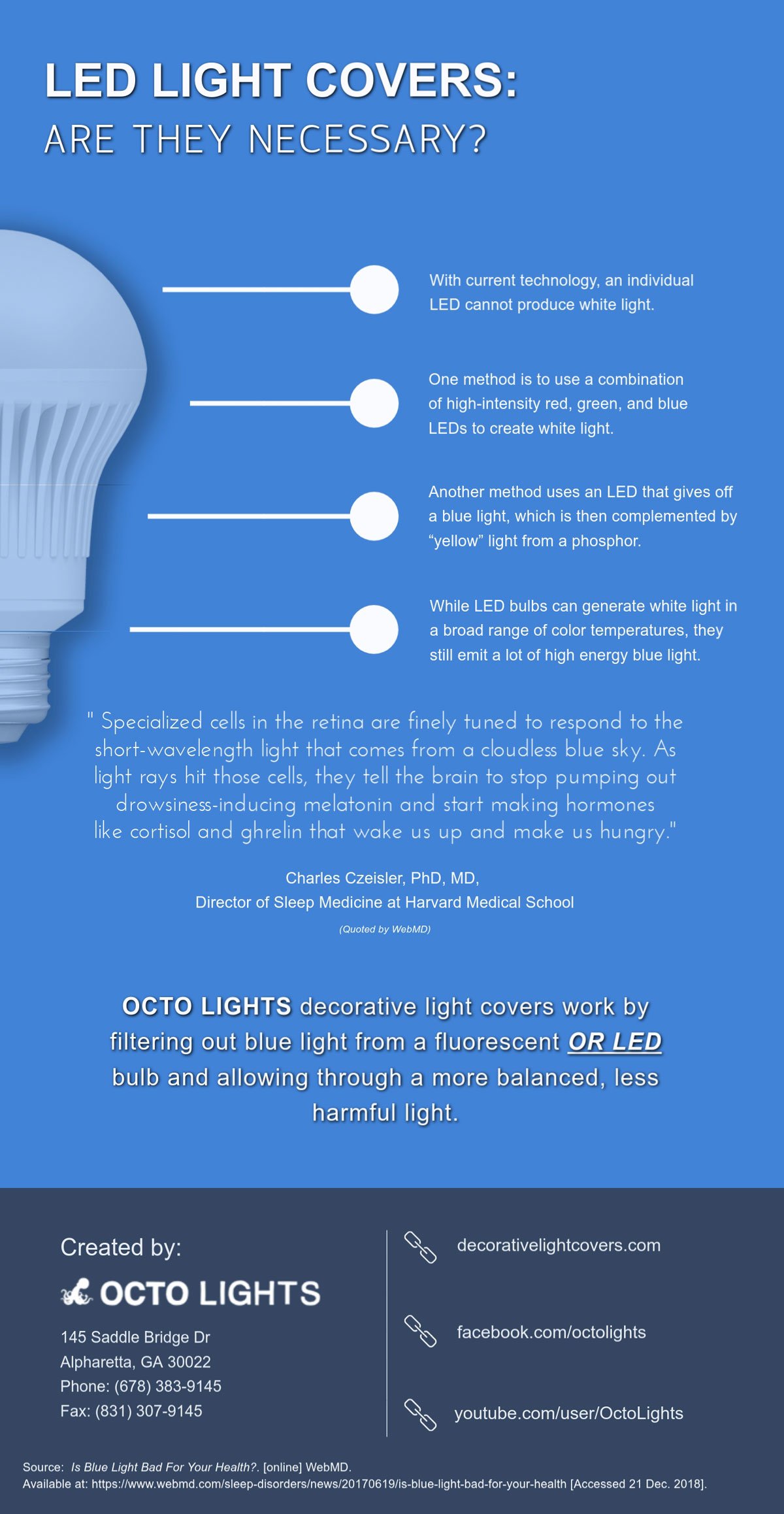 The Light Output of LED Bulbs

To understand the value of LED light covers, you have to take a step back and look at the light coming from LED bulbs. The LEDs used in commercially available LED lamps cannot produce white light themselves. Instead, white light is generated in one of two ways. The first method is to use a combination of high-intensity red, green, and blue LEDs. The combined light output of these LEDs appears white. However, color rendering with this type of white light is often not very good. The light appears white, but the light is still only radiating in three wavelengths, so the light that would reflect of an object of a particular color is limited.

The other method for creating white light is to use fluorescence. Similar to a fluorescent bulb, an LED lamp uses phosphor to create light. The actual LED gives off a blue light, but it is complemented by “yellow” light from a phosphor. The combined blue and yellow light—the yellow light can actually span from red to green—creates the appearance of white light. This method of producing white light has a better CRI (color rendering index), so objects look more true-to-life. LED bulbs can create light in a wide range of color temperatures using different phosphors. Typically, light from 2,200K up to 7000K can be generated with phosphors.

While LED bulbs can generate white light in a broad range of color temperatures, there is still a lot of high energy blue light coming from the LED. Blue light is the main culprit in circadian rhythm disruptions. To combat this blue light overload, many consumers are turning to LED light covers.

Light and the Circadian Rhythm

So why are LED light covers important? It has to do with the blue light emitted by modern LED lamps.

Research indicates that humans function on a 24-hour sleep cycle even without the influence of changing light, but there is no doubt that exposure to sunlight affects the circadian rhythm. Have you ever looked around at 6 p.m. on a dark winter evening and thought, “It feels light 11 o’clock at night!” That’s partly due to your internal clock attempting to sync up with the external stimulus of a dark night. At the opposite end of the spectrum (excuse the pun), the light of the sun at midday shines bright with a heavy dose of short-wavelength blue light. For humans, that short-wavelength light is a signal to wake up and get active. That’s why so many of us feel energized on a sunny day. But too much exposure to blue light can be a problem.

Why LED Light Covers Are Necessary

The blue light from LED bulbs mimics the light of midday. Humans are meant to get that type of light for just a few hours a day, and not around potential sleeping hours. So having blue light shining around you all day and late into the night can throw off your circadian rhythm. The most apparent effect is a disruption of sleep, but there may be other effects, too. LED light covers can help by blocking some of the blue light from the LED bulbs.

The higher the color temperature, the more blue light is given off. So if you will lighting spaces in your home where you spend time at night, you may want to consider 3000K lights. The warmer light will be less disruptive your sleep.

Many offices are unfortunately lacking windows. If you have a small home office or work in an indoor room of a corporate building, you’re familiar with that stifling feeling. You walk into the office, and eight hours later the light hasn’t changed at all, and it’s like you’ve been sitting in a time capsule. One way to improve your situation is with a decorative LED light cover. Whether your office uses traditional fluorescent lamps or LED replacements, you can bring a bit of the outdoors inside.

Imagine if you could cut a skylight in the ceiling of your office. That may not even be possible if there’s another floor above you. But with Octo Lights LED light covers you can get the same effect. Our most popular LED light covers are our cloud collection. This collection features white, fluffy clouds against a blue sky. It’s like have a skylight and a bright sunny day all the time.

Another popular choice for bringing the outdoors inside is our tree collection. These images give the impression of standing in a forest and looking up. You’ll see treetops silhouetted against a clear, blue sky.

If you’re ready to improve the healthiness of your light and transform your spaces, check out our full collection and order today!