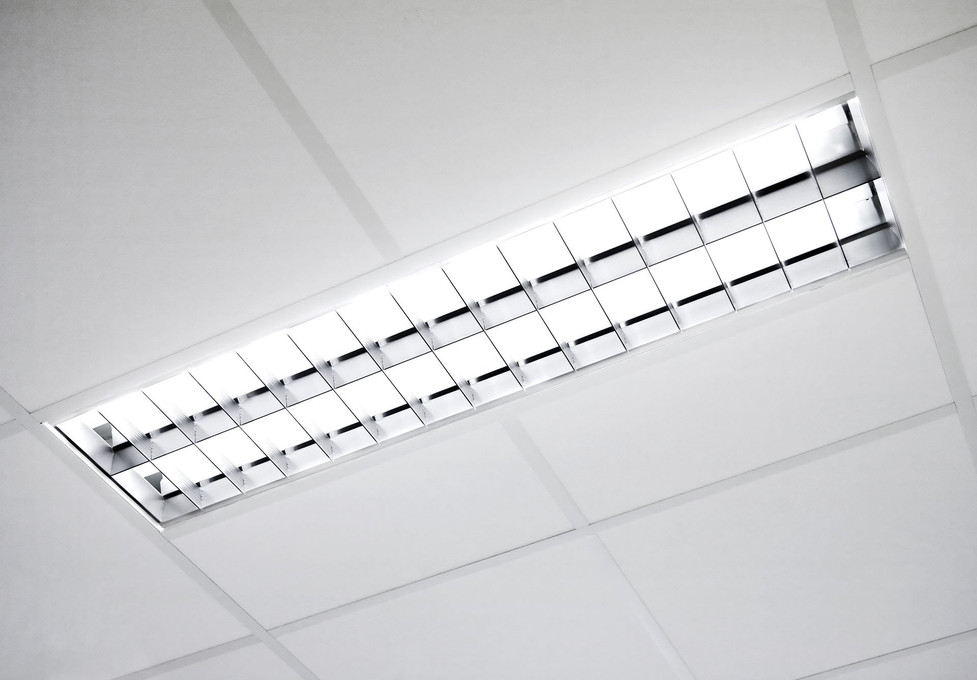 Fluorescent lighting offers many benefits, such as economy, low energy usage, and long life. However, no one ever suggested that the quality of light was of particular benefit. Fluorescent tubes are not as harsh on the eyes as a completely unshielded tungsten filament light bulb. However, in practice, incandescent bulbs are rarely unshielded. Compared to normally shaded incandescent bulbs, the light from fluorescent tubes can feel harsh and unnatural.

To try to reduce the glare of fluorescent tubes, manufacturers used panels of frosted glass or plastic known as light diffusers. These provided a more diffuse form of light that was supposed to be more like natural of natural light. This was found to reduce stress in hospitals and busy offices and was more calming in classrooms. However, the light from a standard diffuser panel was still unnaturally tinted and uncomfortable to spend time under. It was not until decorative fluorescent light covers came on the scene that this form of lighting realized its full potential.

LED lighting has been used in a miniature form for many years in computers and on car dashes. Now it has been developed to a level where LEDs are used in car headlamps and general ambient lighting. Such lights are very directed, and it is LED diffusers that enable them to be used ceiling lights in hospitals and schools.

LED lamps are more economical than fluorescent lighting. They can last 11 years in continuous operation and provide energy efficiency of up to 90%. Unlike fluorescent light, they contain no toxic materials such as mercury and can be safely disposed of by normal methods. You can put them in your trash can when you are finished with them (in around 20 years). However, without LED diffusers they would be very invasive.

Standard diffusers are fashioned using plain white or frosted glass or plastic. Decorative fluorescent light diffusers are flexible sheets that can be laid over conventional diffusers to provide patterns or even photographs. A favorite design is an image of blue skies and white fluffy clouds. Many people find that these images are soothing and help relieve stress.

Over the last few years, many new developments have been taking place with decorative fluorescent light covers and LED diffusers. These covers have developed from the plain frosted panels into covers that provide many different lighting effects and images. Many of these effects are obtainable by laying down sturdy fire-retardant flexible covers over the existing diffuser panels.

Decorative fluorescent light diffusers are available in a large number of designs. Some of the most popular are photographic images that can be used in hospitals and schools to reduce stress and improve mood and emotion. Here are some of our customers’ favorites.

Few sights are more soothing than a quiet beach and a beautiful golden sunset. With golds, oranges, reds and even hints of green reflecting on the water, these images would soothe anyone in distress. So what better sight to find yourself looking up at when you open your eyes after a serious operation or any operation, in fact?

The same is true in schools. Not only can fluorescent or LED lighting be improved in classrooms, but the nature and color of these images will improve mood and concentration. Many of our customers are teachers. They find that their students are less likely to become restless with such soothing images above them. Many teachers report that their classrooms feel more relaxing and students feel calmer than they did under conventional diffusers.

Astronomy fluorescent light covers and LED diffusers offer views of stars, galaxies, and nebulae. What is more natural than to gaze up at a beautiful starry sky? Our images are not just an artist's representation of these far-off formations. Our astronomy-themed light covers feature genuine photographs. Some of our amazing photos are courtesy of the Hubble Telescope, thanks to the pioneering work of NASA.

The astronomy-themed light covers not only have a calming influence in schools, but they are also educational. They represent real galaxies billions of light years away, and white dwarf stars that exploded eons before mankind was born. What better subject for a school ceiling than these? Science and technology teachers have told us that they are a great addition to their classrooms.

We also offer waterfalls, trees, flowers and representations of nature that can are calming, inspiring, and intriguing. Whether in schools, hospitals, local businesses, or even in the offices of multinational corporations, decorative fluorescent light covers offer an exciting but also a soothing alternative to plain frosted diffuser panels.