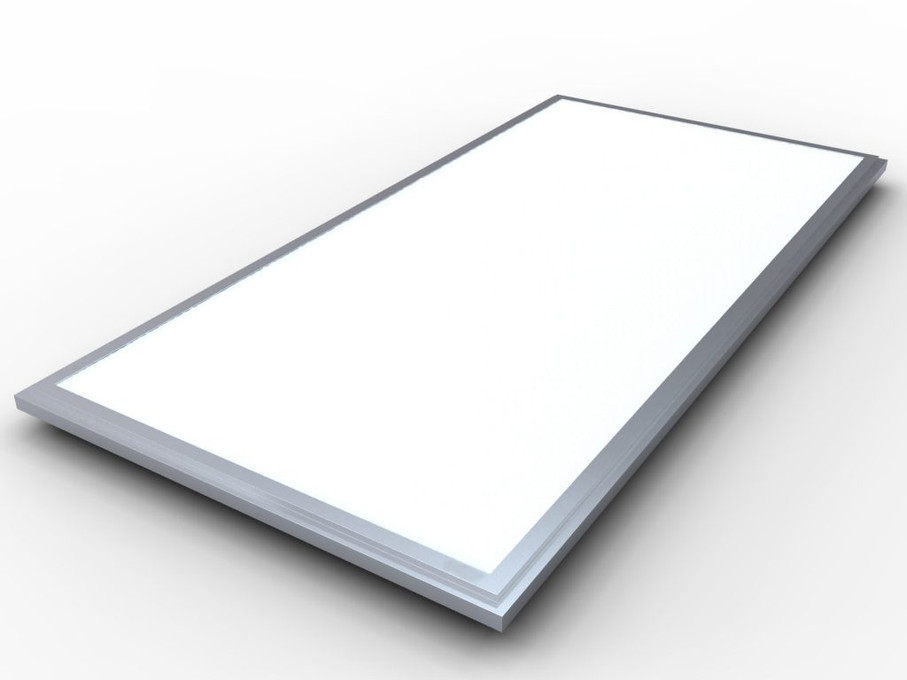 Over the last several years, LED lighting has taken the residential and commercial lighting sector by storm. The price of LED bulbs and fixtures has dropped to a level that makes them competitive with the older CFL bulbs they are replacing. But LED bulbs are very different from older bulbs in some significant ways. LEDs, light-emitting diodes, are very small points of light. Multiple diodes are combined in a single bulb to create a standard-sized home lightbulb, and the outer shape of the bulb acts as a mini-diffuser. For larger-scale lighting—the sort that might replace a fluorescent fixture—panels are needed to diffuse the high-intensity LED light. To diffuse the light of many combined diodes, homeowners, office managers, and others are turning to LED light panels and decorative light covers.

Why Do LEDs Need Diffuser Panels?

In fluorescent lights and their newer cousins CFLs, the light is generated when a powder on the inside of the bulb fluoresces; that is, it gives off visible light as a result of being hit with UV light generated inside the bulb. The resulting visible light comes from every part of the bulb equally.

In LED bulbs, on the other hand, light is generated by individual semiconductors. Electrons are electrically excited to higher energy levels in the semiconductor. When the electrons relax, they emit the excess energy as light. Light-emitting diodes are a highly efficient way of converting electricity to light. However, the light beam is highly directed and very narrow due to the small dimensions of the individual diodes. For that reason, LED light bulbs are constructed from a cluster of such diodes. It often takes several such bulbs to light a room, and the light of those bulbs is diffused by LED light panels.

Decorative light covers can be fitted over these diffusing LED light panels to offer a wide range of potential lighting effects. Examples include our very popular sky-and-cloud panels. These LED light panels feature a blue sky with white clouds that shine down on you from the ceiling. Views of the night sky, ocean scenes, and sandy beaches are also popular images for decorative light covers.

Where to Use LED Light Panels with Decorative Light Covers

LED lighting is popular in commercial space (such as offices) and institutional settings (such as hospitals and schools) because of its economy. Although individual lamps are expensive to purchase, they last significantly longer than incandescent lamps. LEDs are also more efficient in their energy use. They use as much as 90% less energy than traditional fluorescent lamps.

Compact fluorescent lamps, or CFLs, use between 60% and 80% less energy than incandescent lamps and do not last nearly as long as LEDs. An LED bulb will last around 25,000 hours, compared to 8,000 for a CFL and 2,000 for an average incandescent light bulb.

Businesses and local authorities find LED lamps significantly more economical to run than incandescent light bulbs, despite the initial cost. Most businesses use standard fluorescent tube lighting. However, in fixtures that once used incandescent lamps, the incandescents are generally replaced with CFLs. CFLs offer better efficiency than incandescent lamps and can fit into the same sockets. LEDs are slowly replacing even those bulbs, though many businesses have hesitated to invest the money in these slightly-more-expensive bulbs.

LED light panels and decorative light covers are becoming more popular for domestic use. Their growing demand for use in homes is largely due to their energy efficiency. As electricity prices rise, more people are choosing to pay more for the light bulb and less for the electricity. The emphasis on energy efficiency is also driven by environmental concerns. Many individuals want to use less electricity, and some governments have begun mandating energy efficiency standards.

LEDs also offer some practical advantages over CFLs. LEDs achieve full brightness immediately, they contain no mercury, and they work better than CFLs in low temperatures. Although development is continuing on dimmer switches for these types of lamps, LEDs can currently dim to 5% - 15% of the full power, while CFLs can dim only to 10% - 30%.

Decorative light covers are perfect for use with LED light panels. They are easily affixed to the panels and offer some beautiful lighting effects for your ceiling. They are used widely in schools and hospitals for their calming effect on pupils and patients, particularly the sky-and-cloud panels. Night-sky and astronomy panels are also very peaceful and calming. Ocean scenes and sunsets are also popular alternatives for creating a relaxing environment.

Besides their calming effect, businesses can use customized decorative light covers as promotional tools. Companies can display backlit photographs of their products, a company logo, or even a mission statement. Simply upload the digital image you want us to use, and we will create a custom-printed light panel at no extra cost!

LED lighting is economical and long-lasting, and is becoming an increasingly more popular form of general lighting. LED light panels and decorative light covers are used together in many different types of settings. In some instances, they are used as a unique form of ceiling decor. In other cases, businesses and individuals use decorative light panels for their soothing and calming effect. They can also be used for advertising or business promotion. You can order standard or custom-printed light covers, with no extra charge for customization.

Browse our many decorative light covers today to make your selection, and start enjoying your new light in just a few days!